What is alcoholism, or alcohol use disorder?

Alcoholism has been known by a variety of terms, including alcohol abuse and alcohol dependence. Today, it’s referred to as alcohol use disorder.

It occurs when you drink so much that your body eventually becomes dependent on or addicted to alcohol. When this happens, alcohol becomes the most important thing in your life.

People with alcohol use disorder will continue to drink even when drinking causes negative consequences, like losing a job or destroying relationships with people they love. They may know that their alcohol use negatively affects their lives, but it’s often not enough to make them stop drinking.

Some people may drink alcohol to the point that it causes problems, but they’re not physically dependent on alcohol. This used to be referred to as alcohol abuse.

What are the risk factors?

Although the exact cause of alcohol use disorder is unknown, there are certain factors that may increase your risk for developing this disease.

Known risk factors include having:

You may also be at a greater risk for alcohol use disorder if you:

What are the symptoms?

Symptoms of alcohol use disorder are based on the behaviors and physical outcomes that occur as a result of alcohol addiction.

People with alcohol use disorder may engage in the following behaviors:

People with alcohol use disorder may also experience the following physical symptoms:

Self-testing: Do I misuse alcohol?

Sometimes it can be hard to draw the line between safe alcohol use and the misuse of alcohol. The Mayo Clinic suggests that you may misuse alcohol if you answer “yes” to some of the following questions:

The National Council on Alcoholism and Drug Dependence and AlcoholScreening.org offer more comprehensive self-tests. These tests can help you assess whether you misuse alcohol.

Your doctor or healthcare provider can diagnose alcohol use disorder. They’ll do a physical exam and ask you questions about your drinking habits.

Your doctor may ask if you:

Your doctor may also use a questionnaire that assesses alcohol use disorder to help diagnose your condition.

Typically, a diagnosis of alcohol use disorder doesn’t require any other type of diagnostic test. There’s a chance your doctor may order blood work to check your liver function if you show signs or symptoms of liver disease.

How is it treated?

Treatment for alcohol use disorder varies, but each method is meant to help you stop drinking altogether. This is called abstinence. Treatment may occur in stages and can include the following:

There are a couple of different medications that may help with alcohol use disorder:

You may need to seek treatment at an inpatient facility if your addiction to alcohol is severe. These facilities will provide you with 24-hour care as you withdraw from alcohol and recover from your addiction. Once you’re well enough to leave, you’ll need to continue to receive treatment on an outpatient basis.

What’s the outlook for a person with alcohol use disorder?

Recovering from alcohol use disorder is difficult. Your outlook will depend on your ability to stop drinking. Many people who seek treatment are able to overcome the addiction. A strong support system is helpful for making a complete recovery.

How can you prevent alcohol use disorder?

See your doctor if you begin to engage in behaviors that are signs of alcohol use disorder or if you think that you may have a problem with alcohol. You should also consider attending a local AA meeting or participating in a self-help program such as Women for Sobriety. 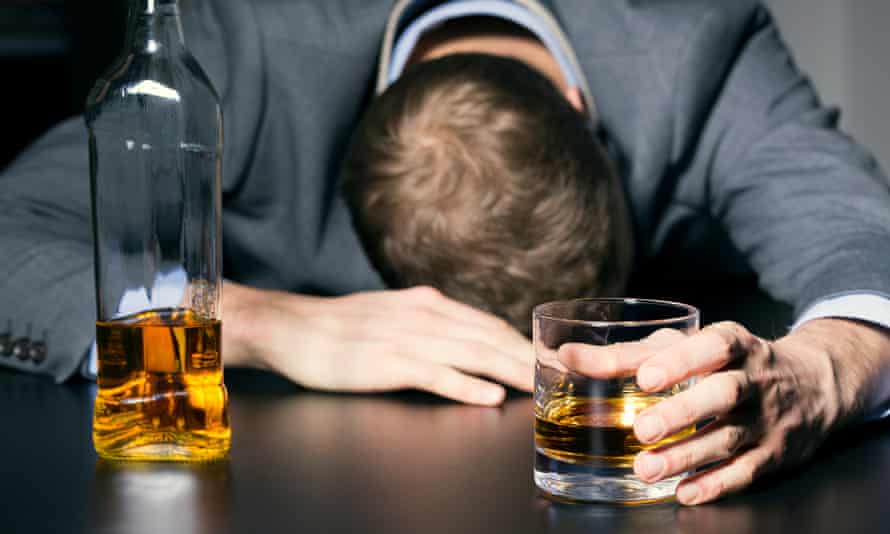 The path to addiction: Stages of alcoholism

Moderate drinking isn’t a cause for concern in most adults. But when alcohol consumption gets out of control, you may find yourself on a dangerous path toward addiction.

Knowing the signs and symptoms of each stage can aid you in seeking help before your problem turns into dependence and addiction.

The first stage of alcoholism is a general experimentation with alcohol. These drinkers may be new to different forms of alcohol and likely to test their limits. This experimental stage is commonly seen in young adults.

These experimental drinkers also frequently engage in binge drinking. While they may not drink regularly, they consume exceptionally large amounts of alcohol at one time. Medline Plus characterizes binge drinking as:

Many binge drinkers exceed this amount. This is especially true for teens who attend parties where drinking is the primary activity. You might think binge drinking is safe when you only do it occasionally, but that couldn’t be further from the truth.

Drinking large amounts of alcohol at one time is dangerous, and can even lead to coma or death. Furthermore, you may become dependent on the feeling you get from drinking and find that these episodes increase in frequency.

Drinkers leave the experimental stage when their alcohol consumption becomes more frequent. Instead of just drinking at parties once in a while, you may find yourself drinking every weekend.

Increased alcohol consumption can also lead to drinking for these reasons:

Regular alcohol use is different from moderate drinking. There is usually a higher emotional attachment to it. A moderate drinker might pair a glass of wine with a meal, while a regular drinker uses alcohol to feel good in general. As increased drinking continues, you become more dependent on alcohol and are at risk of developing alcoholism.

Frequent, uncontrolled alcohol abuse eventually leads to problem drinking. While any form of alcohol abuse is problematic, the term “problem drinker” refers to someone who starts experiencing the impacts of their habit.

You may become more depressed, more anxious, or start losing sleep. You may start to feel sick from heavy drinking, but enjoy its effects too much to care. Many drinkers at this stage are more likely to drink and drive or experience legal troubles as a result of their drinking.

There are also specific social changes related to problem drinking. These include:

Alcoholism has two facets: dependence and addiction. It’s possible for a person to be dependent on alcohol, but not yet addicted.

Dependence forms after the problem drinking stage. At this point, you have an attachment to alcohol that has taken over your regular routine. You’re aware of the adverse effects, but no longer have control over your alcohol consumption.

Alcohol dependence also means that you have developed a tolerance to drinking. As a result, you may have to drink larger quantities to get “buzzed” or drunk. Increased drinking has more damaging effects on the body.

Another characteristic of dependence is withdrawal. As you sober up, you may feel undesirable symptoms such as:

The final stage of alcoholism is addiction. At this stage, you no longer want to drink just for pleasure. Alcohol addiction is characterized by a physical and psychological need to drink.

People with alcohol addiction physically crave the substance and are often inconsolable until they start drinking again. They may be addicted to other drugs as well.

Compulsive behaviors are prominent in addiction, and people with alcohol addiction often drink whenever and wherever they desire.

One of the biggest concerns with risky drinkers is when they don’t think they have a problem. Any stage of alcoholism is problematic. Moderate drinking is the only safe way to consume alcohol, but drinking in general isn’t safe for everyone.

Identifying problems with alcohol early can help prevent dependence and addiction. Medical treatment may be necessary to detoxify the body of alcohol and to obtain a fresh start. Since many people with alcoholism endure psychological problems, individual or group therapy may help in overcoming addiction.

The deeper into the stages of alcoholism you enter, the tougher it is to quit drinking. Long-term risks of heavy drinking include:

Talk to your doctor if you think you might have a drinking problem.